Out The Window With Radon From centuries-old homes to brand-new buildings, radon does not discriminate when it comes to houses. Whether you’re a longtime resident or just settling in to your new home, radon is something you should be testing for.

Radon is an odorless, colorless, naturally occurring gas that resides in soil as a result of naturally decaying uranium. Radon leaks through houses through cracks and crevices in the foundation, soil directly beneath the home in crawl spaces, and sump pumps. Though there are no signs of radon’s presence, longterm exposure to large quantities of it can cause lung cancer.

Hennepin County Public Health Supervising Environmentalist Joe Jurusik says MDH raises awareness about radon with educational programs. From mailing information about the harm of radon to Hennepin County residents to giving talks on radon to people who want to learn more to selling test kits, MDH wants everyone to know about radon and why you want to avoid it.

“When you inhale radon, the fine particles can damage your lungs. The particles rest on lung tissue, and when that happens, they put a ‘scratch’ on your lungs,” Jurusik says. “A lot of radon leads to a lot of scratches on the lungs, which becomes lung cancer. Radon needs to be at a high enough level over a long enough period of time (5 to 15 years) to form lung cancer, but if you also smoke, your chances of lung cancer double.” 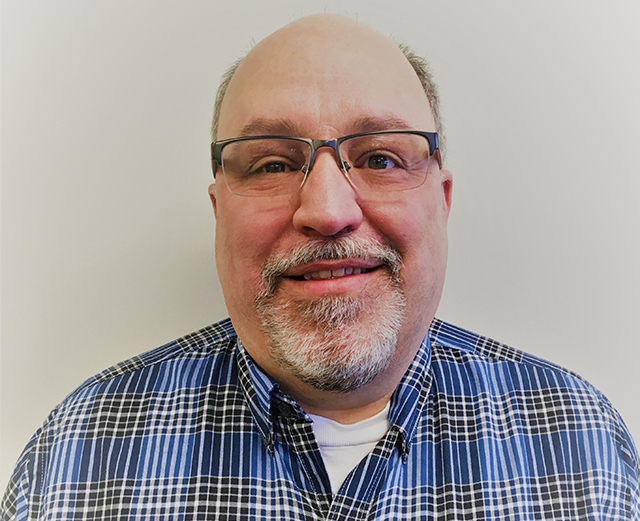 Jurusik says in the 1980s, the EDA determined that a radon level of 4 pCi/L or higher is considered dangerous. Today, however, modern technology is capable of getting radon to a level of 1 pCi/L or lower, so Jurusik says he considers anything above 2 pCi/L to be dangerous.

“Radon only causes lung cancer. It has no effect on asthma or other medical issues.The only way to know if you have radon in your home is to test it,” Jurusik says. “A lot of people will say their neighbor didn’t have radon when they tested, so they must not have radon either, but that isn’t true because it comes into the home through cracks and crevices, and all houses are different.”

A radon test takes three to seven days, and Jurusik says he suggests it for all homes, not just older homes. He says radon is not dependent on the age of the home but on whether radon is able to enter.

While more than three in five homes has a radon level over 4 pCi/L nationwide, Jurusik says radon is especially prevalent in northern climates like Minnesota. In the wintertime, radon is more likely to leak in because people are heating their houses. Because hot air rises, it has a pulling effect on the radon in the soil, which draws it into the home. He says wind also has an effect similar to this, and since the northern region is especially windy, it’s easy for radon to leak into houses. Another reason radon is more prevalent in homes in the north is because of frost. During the chillier months, the layer of frost on the grass prevents radon from leaking into the open air. Thus, the only space it can leak into is our homes. Since radon is such a dense gas, it is looking for a lower pressure area to leak into. When the grass is frozen and unable to allow radon to pass through, it leaks into homes instead. 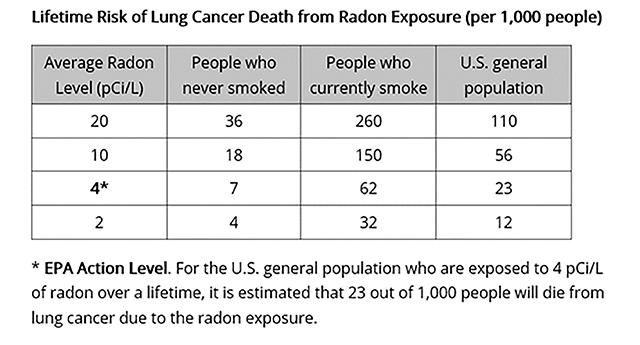 Jurusik says people can mitigate the radon in their homes with a passive or active radon removal system. All houses built in Minnesota are required to have a passive radon removal system, which is a pipe that runs from the base of the home through the top to let radon out through the top of the home rather than allowing it to leak into the house. Jurusik says people with these systems should still have their homes tested as radon can still sometimes leak out. If you do find that radon is present, Jurusik says you should run another test to make sure it was accurate and then install an active radon removal system. This would mean installing a fan into the passive pipe system in the attic of the home, so it would have a pulling effect on the radon, which would force it out of the home.

For more information about radon or to purchase a test kit, visit www.health.state.mn.us.