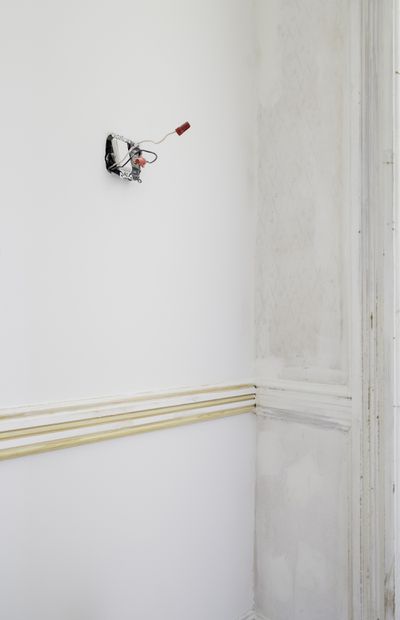 A few months ago, I received an email from a woman who had bought a 1964 ranch with all its original interiors: wood paneling, Formica countertops, a blue bathroom, the works. She hosted a housewarming party for her friends and relatives. Six different people at the party asked her The Question: “So, when are you going to flip this place?” When they heard that she had no desire to flip the house, which she found to be interesting and charming, her guests were shocked and tried to convince her otherwise. She should try for a return on her investment; the house was dated; it would need future repairs. One guest called the house “plain ugly.” She asked me if I thought the guests were right: Should she think about remodeling?

Remodeling and other house-fussery has become a national pastime. In 2015 alone, Americans spent $326.1 billion on renovating. Previously contained to affluent households and the glossy pages of architecture magazines, remodeling has been transformed by 24/7 media like HGTV and websites like Houzz, Pinterest, and Dezeen. While older media, like early issues of House Beautiful, discusses the process as mastering the careful art of interior design, newer media is more neurotic and self-loathing, describing houses in need of renovation with words like “dated”, “immature,” or “wrong.” Whether presented as a self-improvement project (update your house lest you be judged for owning a dated one) or a form of self-care (renovate because it will make you feel better), the home remodel is presented as both remedy and requirement.

Take a moment to consider this simple idea: There is nothing wrong with your house.

Instead of falling prey to this thinking, take a moment to consider this simple idea: There is nothing wrong with your house.

Most of the time, this statement is true (especially if one lives in a house constructed relatively recently). The roof does not leak; the house is warm or cool when it needs to be; there are no structural or electrical issues; nothing is broken or needs to be replaced from routine wear and tear. Why, then, do so many of us feel dissatisfied with our perfectly fine houses?

A fixation on the ills of one’s house is cultural, and has come in many different forms in as many centuries. House-positivity is seen as bizarre. Consider the HGTV series Love It or List It, in which the show’s hosts, a realtor and an interior designer, compete to sway a family to leave or stay in their current home. Always, one member of the family (and it’s usually the one who manages the finances) wants to stay, and defends the home—and the family’s life within it—even if it is a little dated or cramped. This person is almost always painted as being wrong or in need of fixing, and though the house is changed regardless, either renovated or discarded, the person who wanted to stay is always a downer and always the loser. Though the show plays on the rivalry between the two hosts, the stay-er is always the most despised character.

Even the show Fixer Upper, in which Chip and Joanna Gaines flip mostly postwar-era homes in their signature rustic modern style, is driven by the premise that the house in its original state is somehow wrong. Under the guise of celebrating authenticity (often talking about the “rustic charm” of the homes, yet touching only briefly on their unique architecture), the show erases every trace of it from these

often historical houses. Rustic modernism is the perfect example of the simulacrum, the copy for which no original exists: it is historical without much history, a color palette and vague ruralness masquerading as a pure American legacy. The truth is, though there are the occasional episodes featuring truly decrepit properties, the vast majority of the homes featured on the show have nothing wrong with them. In fact, the hosts have time and time again muddied up houses (especially midcentury modern ones) with genuinely authentic, or even irreplaceable, interiors.

And then there are the financials: Some episodes feature structural remodels whose costs must reach into at least the tens of thousands of dollars, which could have been more reasonably spent on a house that suited the needs of the family from the start. All of this effort just to lobotomize a ’50s ranch in the name of “authenticity” or “down-to-earth-ness”! The truth exposed by Fixer Upper and similar shows is that we are not content with authenticity. Authenticity is incompatible with the more pressing (read: commercial) narrative that, when it comes to our homes, there is always something wrong or in need of improvement.

Prior to mass production and globalization, the kind of room-by-room makeover that dominates our remodeling discourse was the domain of the wealthy. Most changes in the average household came from gradual replacement of household goods with newer or better ones over time, rather than a premeditated overhaul. What we don’t realize is that this shift from partial to total is the outward sign of a more sinister change that occurred during the housing bubble leading up to the Great Recession: Average Americans began thinking of their homes as monetary objects to be bought, sold, invested in—consumed—rather than places to be experienced, places in which our complex lives as human beings unfold.

Of course, there is nothing inherently wrong about wanting to freshen up one’s home—houses go through many makeovers in their lifetimes, and always have. Believe me, I would love to replace the gross, vacuum-killing high-pile carpet in my apartment, if I owned it.

But the desire to remake our homes often doesn’t come from us. Paint commercials make it seem like a fresh coat of paint will cure all household ills, from depression to marital troubles; hardware store ads imply that building a deck will bring father and son together at last. And then there’s Pinterest and the world it has wrought. At least half of my friends’ Instagram feeds consist of twee shots of wood tables bedazzled with color-coordinated books and succulents in stone pots. (Instagram, specifically, has had a tremendous influence on interior design, creating a landscape of algorithmically satisfying minimalist nowhere spaces, a condition described by the essayist Kyle Chayka as “Airspace.”)

Consciously or subconsciously, our constant remodeling is an effort to make ourselves more acceptable to others, something we should do as “good” homeowners. Like the beauty industry, the home-improvement industry plays on (usually gendered) insecurity—the fear that we are unattractive or inadequate. But the truth is, “other people” don’t have to live in your house, and when they come to visit, they’re there to see you, not your succulents and marble-and-brass side table. It’s time we reconsidered the house as a place instead of an object, to be lived in, rather than consumed; time we stopped thinking of a home as something that constantly has to be “improved”; time we enjoyed the historicity of our old houses, or the personality of our new houses. It’s time for a new era: an era of house-positivity.